my adventures are often on a budget… and always clumsy.

graffiato and the who? 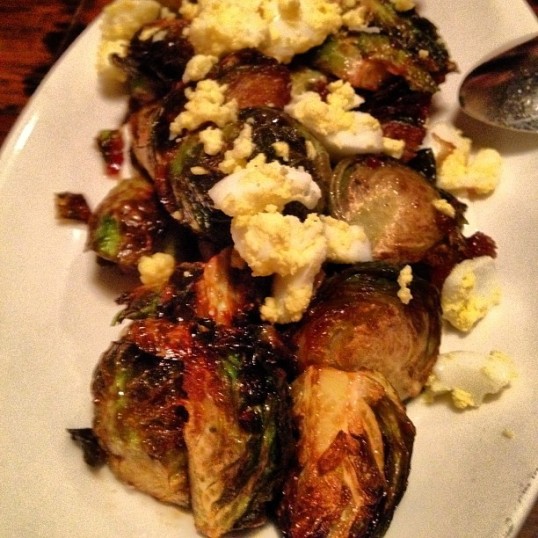 the secret: Graffiato’s brussels sprouts are flash-fried, with pancetta, yogurt and boiled egg

There are two types of people in the world: those who hate Brussels sprouts and those who have had them cooked correctly. Have you ever met anyone who’s not in one of those two camps? It’s either horror at the very mention of Brussels sprouts or a telling of a tale involving “this one time” they were cooked that one way. That story is usually followed with a contented sigh. You know what I”m talking about.

Last night, I entered the latter category. In the span of 10 minutes, I went from a nose-crinkler to a contented sigher. I’ve officially switched camps. I’m a proud and true, bona fide Brussels Sprouts lover. Because of this one time they were cooked that one way at Mike Isabella’s Graffiato.

I’m a hole-in-the-wall, authentic international cuisine ‘foodie.’ I’m pretty sure that’s an oxymoron, but it’s true! Finding the most legit (fill in the blank country’s food) is a hobby. Fine dining at Top Chef restaurants isn’t a high priority to me. But it is for Zan, and I’m so glad it is. I’ve tried so many wonderful places because of his taste in food (and I hope he has because of mine)! So when he made reservations for us and his brother and sister-in-law for dinner before a show at the Verizon Center, I couldn’t wait. That probably had a lot to do with the fact that they are well-known for having Prosecco on tap. Okay, that had everything to do with it!

I’m so glad we went because it blew me away. The wine list alone featured so many great Virginia wineries I barely contained my excitement: Boxwood’s rose (my favorite rose!) and the mild, perfect for pairing with various tapas Cab Franc from Fabbioli are just two. And, of course, prosecco on tap!

Bold statement alert. Of the fine dining establishments I’ve been to in DC (half a dozen, or so), Graffiato and Central by Michel Richard are the two that are most worth the cost. Have a bonus coming up soon? Just want to treat yo’self? Get over to Graffiato, stat. 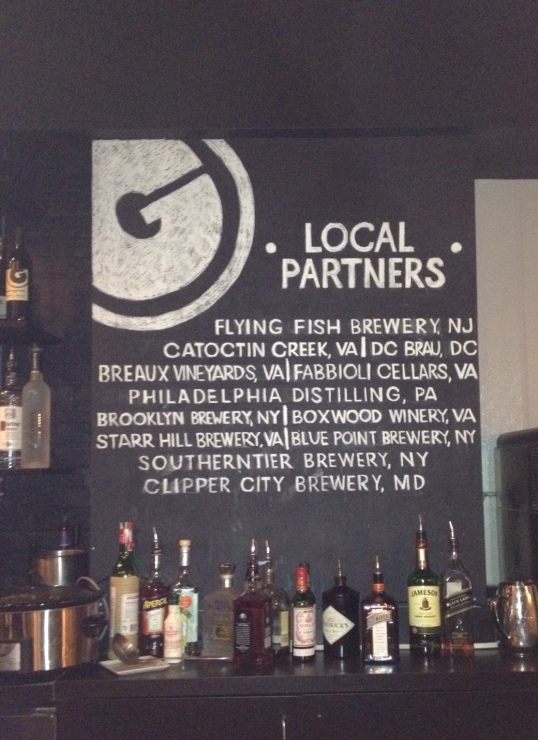 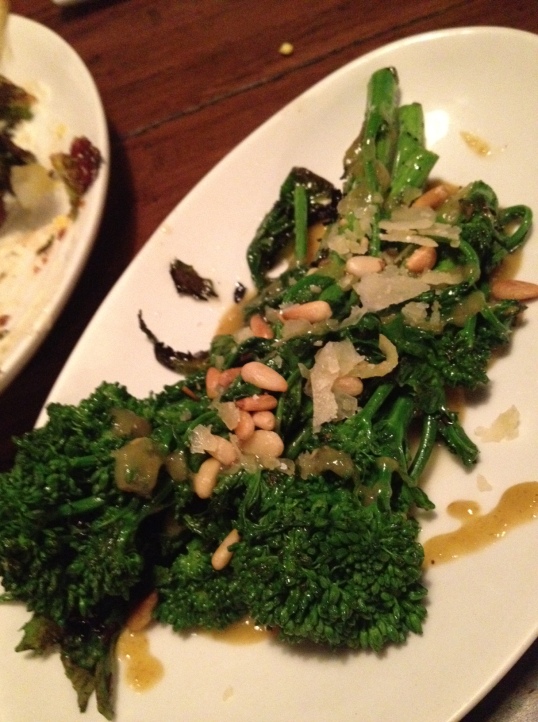 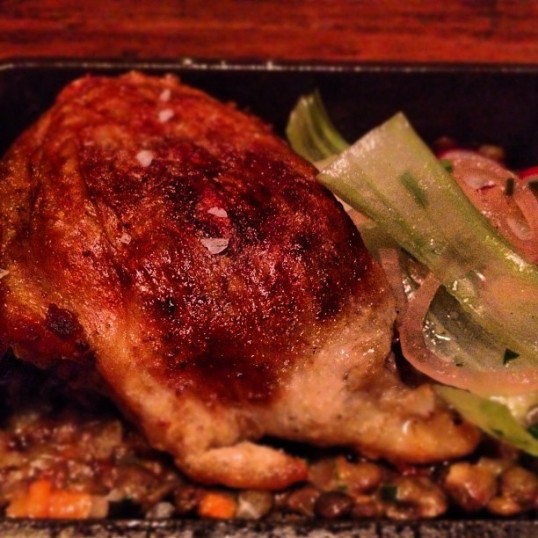 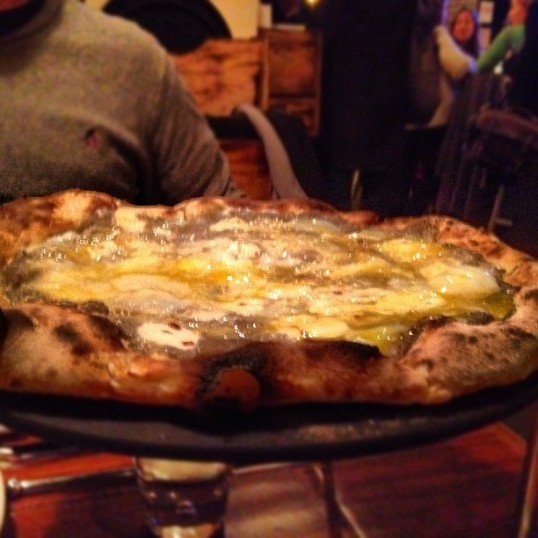 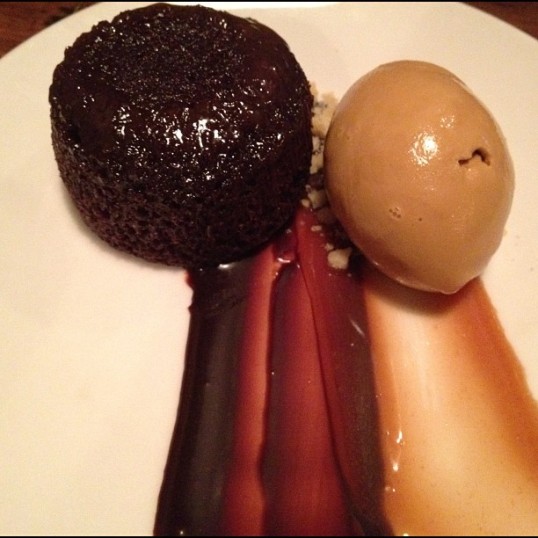 After dinner, we made our way over to the Verizon Center for The Who concert. When Zan excitedly bought tickets months ago and texted me the great news, I texted back, “the…who?” Corny joke, but confession: I did have to wikipedia and youtube the group. Turns out I knew exactly one song: Teenage Wasteland. While I didn’t rock quite as hard as the guy two rows behind us who air guitared like a champion and head banged until I thought the last of his hair would fall out, I did have a great time. I thoroughly enjoyed seeing a group Zan enjoys so much. While the two remaining members of the original group look old and aren’t quite as agile as they once were, they were in it to win it – they rocked, hard, and the crowd had a great time. Plus, it was pretty fun to hear “Teenage Wasteland” live! 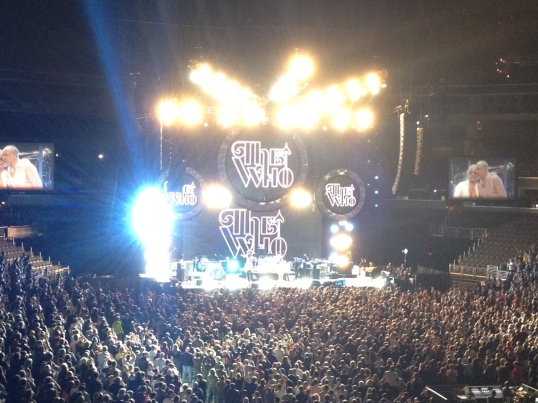 I’ll be back at the Verizon Center tomorrow night, for, wait for it… wait for it… (are you still waiting or did you leave this page?) the OLYMPIC GYMNASTICS TOUR! Oh yeah. OH YEAH. I can’t help but laugh (and make up a kid that I, uh, gotta take to see it), but I’m stoked, y’all. Matt got us tickets for my birthday, and they’re nosebleed seats, and we’re probably going to make “FIERCE 5” t-shirts (probably? there’s no probably about it!). Stay tuned for that post – it’s sure to be extra ridiculous.

For more Graffiato pics and descriptions of dishes you gotta order, check out my instagram @alwaysfrolic.

2 thoughts on “graffiato and the who?”